What to do About Grades? 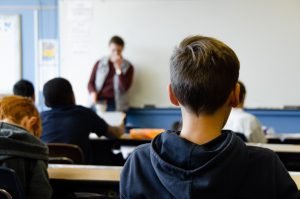 Grades are a fact of high-school life, maybe the fact. They’ve historically been the number one indicator of academic achievement. But covid-19 has created abrupt and unprecedented difficulties for grades. In a time when test scores are being slowly deemphasized, tests may in fact be growing in importance. The difficulties grading systems face – most directly a loss of both validity and reliability – extend over the short and long-term.

Grading is difficult to begin with, and conventions vary not only from school to school but often from classroom to classroom. Regardless of the conventions, though, grades have utility that ranges from rewarding hard work to identifying students who are at risk to incentivizing participation. And, of course, grades help colleges decide which students to admit. In fact, students’ transcripts are frequently cited as the most important factor that colleges consider when making admissions decisions. While this fact may warrant its own debate, the immediate challenge facing grades is that grading conventions in the United States have been upended by COVID-19, and many schools have had to adopt alternative forms of instruction.

Many schools softened their grading policies during both the 2019-2020 and 2020-2021 school years, rightly acknowledging that ‘business as usual’ was neither compassionate nor wise. It was not reasonable to expect teachers to grade students as they would any other year while teachers and students alike endured the most frightening and uncertain event in recent history. Furthermore, some students were able to attend school in-person all the time, other students some of the time, and still other students none of the time. How can alternative grading policies employed across uneven modes of school delivery be compared? Reliability is lost. The ripple effects of this anomalous year are difficult to predict, but one consequence is surely this wrench of incomparable grading systems thrown into the previously predictable machinery of college admissions.

The dearth of reliable spring semester grades is certainly not among the most consequential outcomes of COVID-19, but that shortage of grading reliability – in many cases all courses just went pass/fail – caused lost opportunities for students who were just hitting their stride, poised for a strong semester that could have demonstrated their potential and ambition. The common story of a student who got off to a rocky start and then learned how to be academically successful part way through high school instead becomes the story of a student who struggled as a Freshman or Sophomore and then never had the opportunity to demonstrate their newfound academic maturity. Colleges face a daunting task in making admissions decisions about students whose extracurricular activities, work experience, athletics, and – most importantly – transcripts have all been undercut by the pandemic.

In the medium and long-term, as covid subsides, grades will almost certainly retain their mantle as the most important factor in college admissions. And justifiably so – their predictive power for academic success in college has been confirmed in multiple studies. But it merits asking, can grades maintain the same predictive power if test scores are not used to corroborate their rigor?

The predictive power that grades have historically achieved has – in the recent past anyway – always occurred with testing in the background. Those grades given were always given with the prospect of corroboration, standardized testing, in mind. Thus, for example, a teacher can’t give unearned As to students with weak fundamental skills in hopes of broadening their college options because testing will reveal

the students’ skill deficits, and, consequently, the integrity of the grades becomes dubious. So, to some degree at least, test scores have acted as a check on grades, restraining inflation both within and across high schools. It is in this context that grades have maintained their strong predictive capacity.

What if, however, testing were largely or entirely removed from the admissions equation? Now it is expressly in the best of interest of both teachers and students for the teachers to give as many A’s as possible, especially in the crucial Sophomore and Junior years of high school. Without the anchor of test scores, grades will no longer undergo the degree of scrutiny that has helped to ensure their legitimacy. What’s more, with no test scores, grades become so important in the college admissions process that teachers could literally hold students’ prospects in their hands with their grading decisions. On top of all this, school districts and administrators will want the best grades possible for their student bodies because those results will improve college outcomes, raise the reputation of the schools, and thus raise the reputation (and property values) of the town as a whole. It becomes explicitly in everyone’s best interest to give mostly or only As, a trend that problematically has already been accelerating anyway, particularly in wealthy towns. But paradoxically, if everyone gets mostly or only As, grades lose their predictive capacity, and objective standards for academic readiness become nearly absent. Grades cannot retain their predictive capacity without test scores providing a meaningful check on runaway grade inflation.

Grades have never had to fly on their own as an indicator of academic readiness and integrity. We can examine test-optional colleges and the success that test-optional students have, but those results have been achieved in smaller pockets, within a much larger ecosystem of test scores and grading systems that have not been forced to rapidly adapt to mass upheaval. A college may claim they can judge the strength of grades based on the “reputation of the school,” but how do you think the college made that judgment about the school’s reputation in the first place? Likely test scores played a part. Additionally, how does this reliance on a soft measure such as reputation further advantage the wealthy while undermining students who attend public schools in less well-funded districts? A test-free ecosystem could lead grading systems to experience a bubble and then collapse, at the expense of students who need college access most.

From the Dean of Admission: We’re excited to announce the outcome of the 2021-2022 first-year application process

Ben Sexton, an eighteen-year test preparation veteran and lifelong Massachusetts resident, runs Sexton Test Prep and Tutoring with his wife, Sarah, out of their home in MetroWest Boston. With a team of sixteen tutors, STP helps more than 400 students each year meet their academic and test preparation goals through classroom and one-on-one programs. Ben has written complete curriculums for the ACT and each of the last three versions of the SAT, having worked through hundreds of official tests over nearly 15000 hours spent tutoring with students. He resides in Dover, MA, with Sarah, their two boys – Wyatt (4) and Drew (1) – and their dachshund Beso. Ben enjoys all Boston sports, entrepreneurship, collectibles, oysters, and working with the NTPA Advocacy committee.

Travis Minor, owner of Open Door Education in Acton and Concord, MA, has helped thousands of students succeed on standardized tests of all shapes and sizes. Travis earned his BS in Secondary Education at the University of Vermont and his M.Ed. at Harvard’s Graduate School of Education, where he continues to work as the Teaching Fellow for Education Entrepreneurship and Managing Financial Resources for Nonprofit Organizations. Travis has served as a City Heroes Team Leader, a trustee of The Scholarship Fund of Concord and Carlisle, and as a volunteer firefighter, and Travis currently serves on the board of the National Test Prep Association as the Vice President of Ethics and Professional Practices.