What Students Learn from an SAT Practice Test

In a typical first session with a high school junior studying for the SAT we discuss math.

At some point we touch on linear equations, and most students remember the topic from class. They can tell me the equation of a line – in one form – and say something about the slope: e.g. “It’s the rate of change”, which is correct. But many of those same students who know that the slope is the rate of change cannot answer the following question:

The answer to that question is not important. What is important is that the answer is the direct logical implication of the fact they just recited.

Facts and their Logical Implications (and Direct Consequences)

Time and again the SAT asks similar questions. They essentially assume that students at a certain level know certain facts, so they ask them to do something with those facts: i.e. draw a conclusion.

In the math sections, a hierarchy exists. The first third or half of each section will ask easier questions, where students will be asked for “just the facts”. But in the later portions of the sections, they’ll be asked for the logical implication of those facts. A frequently repeated example of this involves the factors and roots of quadratic equations: given the factors, what are the roots (and the reverse).

My students are generally “college ready” when they begin working with me. They’re scoring at least 520-590 of 800, putting them in the third quartile (the 50-75th percentile range – the lower half of the top 50%). So they’re fine on the first third of a math test section, but they may start struggling in the middle third or the second half.

Logic in Reading and Writing

This logical structure is not limited to the math sections. In the Writing, most students I work with do not initially know how to use the colon and semicolon as punctuation. When asked, a few will try to recall how such marks were introduced in an English or writing class, which centered around their stylistic uses for writers. But the SAT doesn’t directly test that level of nuance. It does however test what the use of the punctuation logically implies: if a semicolon is present, it must be preceded and followed by an independent clause. Most of my students’ errors with semicolons are fixed with just the logical application of this one rule.

WHAT CAN BE LEARNED FROM A TEST

So what can be learned from an SAT practice test? From just a handful of tests, which are easily accessible because published by the College Board, a student can identify almost all the math and grammar facts that will likely be tested on any administered exam. A thorough review of those facts, and serious inquiry into their logical implications, is great preparation for any other test. It will make a student better ready for their actual exam, and with any luck, a little better prepared for the intellectual rigors of their first year of college.

Ed Antoine is the founder and President of Antoine Education, a Brooklyn, NY based provider of test preparation tutoring and classes for the SAT, SHSAT and academic tutoring in math. 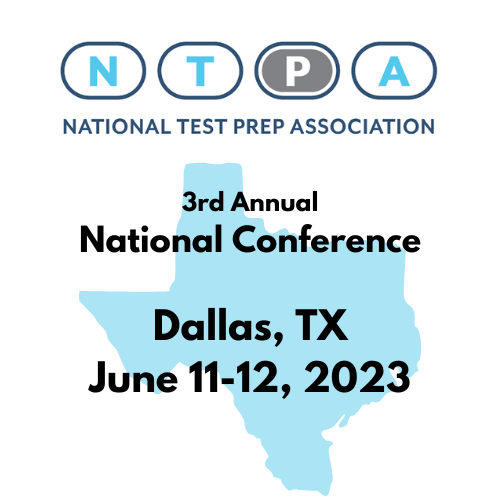